The colorist. Much more than colors. 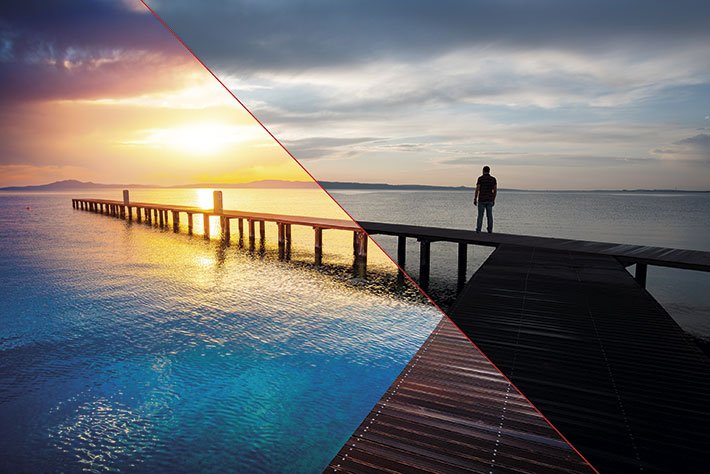 Film and television technicians have been modifying their professional profile and job skills depending on the historical moment in which they have lived. This statement is evident from the very inception of the seventh art, throughout the expansion of the mass media until today, with a more customized and interactive communication in a digital environment.
Who can imagine what George Méliès (December 8, 1861 – January 21, 1938), French filmmaker, pioneer of cinema and of the stop trick techniques had to learn: multiple exposures, the fast camera, the image solutions and/or color film. The same can be said of effort made by the team of technicians that worked alongside Canadian director James Cameron (August 16, 1954) for the filming of Avatar (2009). They used new motion capture techniques and the film was marketed for conventional viewing, for 3D projections (using RealD 3D, Dolby 3D, XpanD 3D, and IMAX 3D formats) and even 4D projections in some South Korean movie theaters.
These two examples are a token of what happened, but also a result. A dynamics that has been driven, on the one hand, by the curiosity of both authors and technicians involved; and on the other, through the changes brought about by the inclusion of work tools and new technologies applied to image and sound. A new camera, more advanced software, a different response level from a microphone, a change in processes and protocols or even the introduction of innovations from other sectors, such as, for instance, 5G technology.
In the present case, the profile of the colorist is very evident: A new professional with very specific roles and responsibilities. Its origin stems from color grading.
On the brink of the fourth industrial revolution, we are seeing now a number of terms from a different time such as laboratory, film and final copy. So, what is a colorist then? What professional profile is currently required for the job?
After getting acquainted first-hand with the process, consulting current documentation and having enquired the opinion of many professionals who call themselves colorists, we can now attempt to define this very fashionable and almost essential profession in the audiovisual sector today.
A colorist is an art technician who is involved from the outset in the creation of an audiovisual work concerning image and lighting parameters in order to achieve an atmosphere, aesthetics and visual sensation that accompanies the cinematographic/television narrative.
Works fully synchronized with the decisions and criteria of the film director or by the head of audiovisual work, director of photography (DoP) and the camera team as well as in keeping with the guidelines of the art department.
Therefore, it is convenient to update the performance of roles throughout the visual creation process in audiovisual work. And not only regarding processes comprising the post-production and/or finishing stages, as it has been until now. In other words, we have to update the classic, traditional vision of the colorist, who is much more than a grader.
In order to be ready to respond to a myriad of situations, audiovisual stories and productive environments in this sector, we have to delve in what aspects have to be taken into account, training and/or expertise achieved and the social skills of a colorist; all this with a view to the present time and a permanence going into the future.
First, some basic multidisciplinary knowledge. We are making reference to training background, that is, understanding about the nature of light, the properties of color, assessing the meaning of colors, aspects relating to visual composition, lighting techniques, measurement and photographic exposure and the importance of color perception and psychology of color. And also, whatever having to do with the vision and perception of human sight and the formation of the image through optics. A colorist should have certain creative inclinations, aesthetic taste and a mind full of artistic influences from many fields such as photography, painting, graphic design or art, among others.

The boom in the broa