DJI has teamed up with Talpa TV’s show ‘Drone Masters’, where seven Dutch celebrities compete and demonstrate their skills and creativity using DJI consumer and prosumer products to win the ‘Drone Master’ title.

‘Drone Masters’ shows that what you can do with a drone is manifold. Competitors will demonstrate their creative talents using DJI drones in different challenges. The show will be aired from 30 August 2018. “We are excited to watch how our DJI flying cameras such as the Mavic Air, Phantom 4 Pro and Inspire 2 will be used creatively by the celebrities pioneering this highly entertaining prime time TV show”, said Janneke Rozendaal, Marketing Manager at DJI EMEA.

The competing celebrities, Timor Steffens, Remy Bonjasky, Tim Haars, Rudolph van Veen, Fockeline Ouwerkerk, Tanja Jess and Bertie Steur will battle with each other to be awarded the ‘Drone Master’ title. During each episode, they will perform three different tasks under supervision of TV host Dennis van der Geest: a skill challenge, a photo challenge and a video challenge. When post-producing the footage, participants are also responsible for the editing and the choice of music.

The jury consists of film and TV director Tim Oliehoek and drone expert Wiebe de Jager who will send home one of the participants every week. Which candidate will succeed in convincing the jury with their drones skills and creativity? Who will be the best drone pilot?

Drone Masters is sponsored by DJI and is developed by Talpa Content and is produced by Talpa Producties BV. 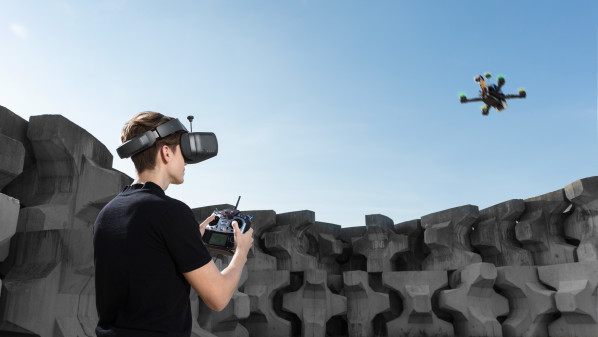