El Ranchito. Bringing life to The Mandalorian and Game Of Thrones VFX.

Game of Thrones, The Mandalorian, Lost in Space, Jurassic World: Fallen Kingdom… The portfolio of the production company El Ranchito, established 2004, is impressive. Dedication, talent and a broad team of professionals has enabled them to tackle multiple audiovisual projects; so much so that recognition has not taken long to come in the shape of numerous awards such as several VES (Visual Effects Society), one HPA (Hollywood Professional Association) and even one Emmy. We interviewed Gonzalo Carrión, its General Manager, to show us around this exciting world.

How was El Ranchito born and what has been the development of the company?
El Ranchito was born in year 2004, product of a group of professionals with long and proven experience in the visual effects sector. Right from the outset, El Ranchito took part in domestic projects, but with a clear international projection, such as “Fragile: A Ghost Story” or “Agora”, films that gave the company its first two Goya awards. In 2012, thanks to “The Impossible”, El Ranchito got its first international prize, a VES award from the Visual Effects Society. This was the beginning of an unstoppable international track record. The company started collaborations with production firms such as HBO or Netflix in projects such as “Game of Thrones” or “Lost in Space”. Nowadays, El Ranchito boasts one Emmy award, five VES awards, eight Goya awards, three Gaudí awards and an HPA award from the Hollywood Professional Association and has created visual effects for productions such as “The Mandalorian” and “Jurassic World: Fallen Kingdom”, and for commercials for companies such as El Corte Inglés, Zara, Coca Cola or Mercedes Benz.

El Ranchito was created in 2004. What would be the analysis you make about the development of the broadcast scene? Have you identified an increasing trend in the need for applying post-production work in TV shows?
In the field of visual effects, which is what we can assess, the trend is a clear rise. Nowadays hardly any productions for the film or TV industry are made without some kind of visual effects. VFX allow things to happen that would be just unthinkable or very hard to create physically; however they also help to boost the result of real special effects such as fire, water or explosions, alter streets and cities in order to adapt them to the action’s time setting and, most especially, they reduce costs as thanks to VFX there is no need for building large sets or hiring hundreds of extras for the sequence of a battle or a sports stadium full of spectators.

How did the first international opportunities come up? Are there any big differences regarding workflows between a domestic production and a production from abroad?
Although before 2012 we had already taken part in some international co-productions and productions such as “The Expendables 2” or “Che”, the real opportunity to become an international VFX provider was given to us by “The Impossible”. From then onwards we began to be called to take part in international productions. The first one was “Cosmos: A Spacetime Odyssey” and shortly afterwards came “Game of Thrones”. As is to be expected, there are differences between domestic and international productions, but increasingly to a lesser extent because, fortunately, platforms such as HBO, Netflix or Movistar and TV stations such as TVE, Antena 3 or Telecinco are producing series with budgets that some years ago seemed inconceivable. For El Ranchito there is a clear difference: international projects normally rely on many post-production firms for a project and we are just one more piece in the jigsaw, while domestic projects usually rely on a single post-production firm and we take care directly of VFX supervision. However, this is changing as productions become more complex and we are getting increasingly closer to the international model.

You work in all kinds of productions. Focusing on two of them, which are the main differences between working in a series and in a film?
The basic differences are time, demands and volume. Films normally allow more time but are more demanding. Series afford less time but normally there is a large workload, which results in a much quicker, less demanding production, although quality in certain series is already quite close to the quality achieved in films. And then, in advertising times dramatically decrease, but work volumes are relatively small.

We recently held an event about production in which came up the issue of the increasing importance of the post-production stage from the initial stages of pre-production. Is this true? Do you get involved in the processes right from the start?
Of course. Some of the services offered by El Ranchito are filming supervision, pre-viewing and Concept Art creation. If we supervise a project we are involved in it from the beginning, but we have also been present at the filming s of projects such as “Game of Thrones” as one more post-production firm.

What has been, in your opinion, the most relevant technical innovation in the field of post-production in recent years?
Regarding visual effects, there have been several of them. For example, the whole issue about digital de-aging, so fashionable these days because of “The Irishman”; and most especially the creation of virtual actors, which will enable films to be made with already deceased actors. This is a reality that has begun to transform the cinema industry. Also very important is the use of real-time rendering for creation of hyper-realistic CGI sequences in Virtual Production. These kinds of applications dramatically reduce post-production times and, accordingly, decreases costs.

How do you manage your work? What are your premises like? What resources do you have available in your daily operations?
We have offices in Madrid, Barcelona and Tenerife and commercial branches in Los Angeles and Mexico. We also have a film set that we mainly use for capturing motion. Then we have a production department in charge of managing workflows and also a composition or 2D department, a 3D department, an editorial department and, also, departments for match move, matte paint, animation, capture, RIG, crowd, FX, IT, research and development, as well as an advertising department. We are in total a team of 140 people. Furthermore, we have 150 render farms.

Do you have any software of reference or do you just adapt to each production requirement? Which are they?
We use Nuke for composition, Maya and Substance Painter for 3D, Houdini for FX, Photoshop for matte paint, Silhouette for rotoscoping, Da Vinci Resolve for editorial, Golaem for crowd and Shotgun for production, amongst a wide array of many other applications. We have also begun to use Unreal in some projects.

What are the hardest technical challenges you usually face?
They vary from one project to another. The first season of “Game of Thrones” in which we worked was quite a challenge. Yet, each season has exceeded the previous one in complexity! In “The Impossible”, water was also a challenge because it is, probably, the most complicated effect. Creatures in projects such as “A Monster Calls”, “Cold Skin” or the alien buffaloes of “Lost in Space” were also a complex challenge. Each project means a challenge and that is the most exciting part of our job. How do you solve the demands from current OTT platforms to closely monitor the final outcome for each episode in a series?
By having a daily conversation with them and by showing them the development of our work. We work side by side with our clients, providing creative solutions in an extremely challenging and complex environment.

What has been the biggest challenge you have faced at El Ranchito?
We have faced many, but most probably the biggest one of them was the first season of “Game of Thrones” in which we took part; the famous battle in the snow between men and white walkers in the “Hardhome” episode in season five. It is not that this was our most complicated work, as we have done more difficult things afterwards for these series; but it was our first time and when everything is new the challenge is always greater.

In your opinion, what do you think the future is for post-production?
I think the future will be influenced by an increasingly smaller difference between cinema and television. And I think that the use of actors virtually created from a real actor –either deceased or alive- will completely transform the outlook as determining whose are the rights to exploit the image of a virtual actor will become a major issue. The story told back in 2013 in Ari Folman’s film “The Congress” about an actress signing a contract so that a studio could make films with her in them but without the actress actually being required to be physically present at filmings could eventually become real. Maybe the winner of best acting awards in the future will be an animator and not an actor or an actress! 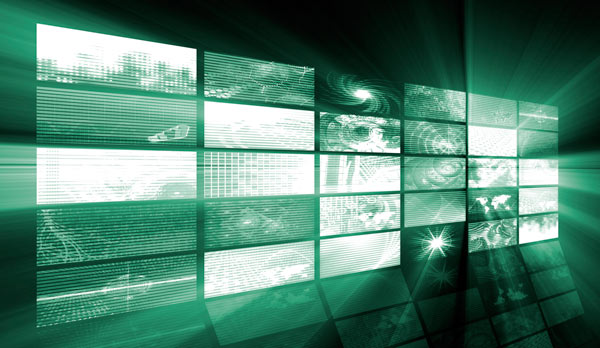 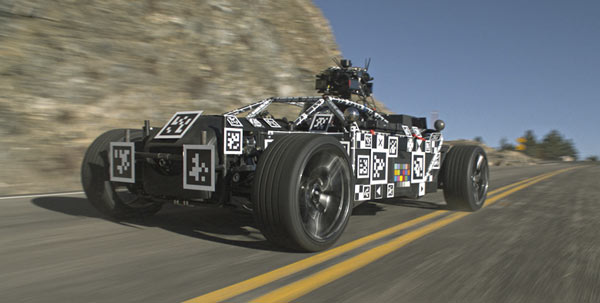