Megahertz will showcase its All-IP OB Truck at IBC 2019 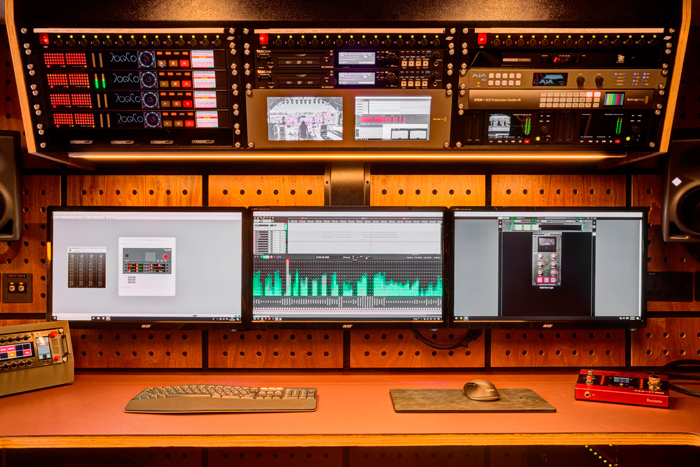 The Spiritland Productions’ outside broadcast truck will be exhibited at IBC stand 12.F20, between 13-17 September, 2019 (Rai, Amsterdam, Netherlands). It is one of the flagship OB vehicles developed by Megahertz, systems integrator that has recently been approaching IP technology.

The OB truck stands out for its end-to-end IP infrastructure. It has been especially devoted to AoIP and so far has been used by entities such as BBC4, BBC Radio 3 and BBC Radio Wales; for a large-scale BBC Radio2 concert and to record and mix live a Burt Bacharach’s special concert at the Hammersmith Apollo.

The audio, which runs entirely on a Dante Network, is managed by an SSL System T broadcast audio production desk and console, Barefoot speakers and the KH range of Neumann monitors. In addition, the truck carries 128 SSL mic amps as standards, an Optocore stage system that runs both Dante and Reidel Bolero, and eight stage MADIs.

Jon Flay, managing director at Megahertz, talks about its collaboration with Spiritland Productions to develop this IP-based vehicle: “These types of projects, where the production company is thinking holistically about the vehicle’s ergonomics, working environment, green credentials, brand and style, on top of such an advanced technical spec, don’t come around very often. We’re honored to be a key partner in this endeavour with Spiritland Productions.”