Qvest collaborated with the Potsdam post-production company Rotor Film GmbH. The objective was to modernize the three Babelsberg studios. This work involved expanding the mixing engineers’ workstation in Studio F with a dual-operator installation featuring two Avid S6 consoles. Qvest also revamped the fittings in Studios D and E: While retaining the core elements of the previous Euphonix System 5 audio mixers in both studios, new Avid S6 consoles were installed.

Dual-operator workstations are not so common and Qvest decided to split the 64-channel mixer at Studio F in Babelsberg into two and allow dual operation. Avid S6 enables Atmos from Dolby and every sound can be divided into individual VCA groups – analyzed, and processed in precise detail using the console. Users can also operate the S6 console to work directly in the channel via Dynamic Processing.

All this means the Potsdam team can tailor its studio setups to individual projects on an ongoing basis – something invaluable when up against international market peers. This is primarily relevant for competition with international market peers, as many international film and cinema blockbuster productions are developed in Babelsberg in addition to national productions. For example, the post-production of the Hollywood blockbuster Matrix Resurrections was most recently implemented at Rotor Film.

“The biggest challenge was to minimize studio downtime. And when it comes to optimally exploiting the dual-operator installation with Avid S6 consoles, knowing network technology and workflow design inside out is key. The result in all three studios is absolutely remarkable and therefore we are even more pleased that our cooperation can be continued at the further locations of Rotor Film,” says Jonathan Baker, Solutions Architect at Qvest.

At the Zurich studio, the Qvest team provided technical support to install and commission a Pro Tools 5.1 system for post-production in summer 2021. For the Berlin location, the partners are currently in the review and planning phase for further audio post-production projects, after Qvest already supplied equipment for video editing and grading. 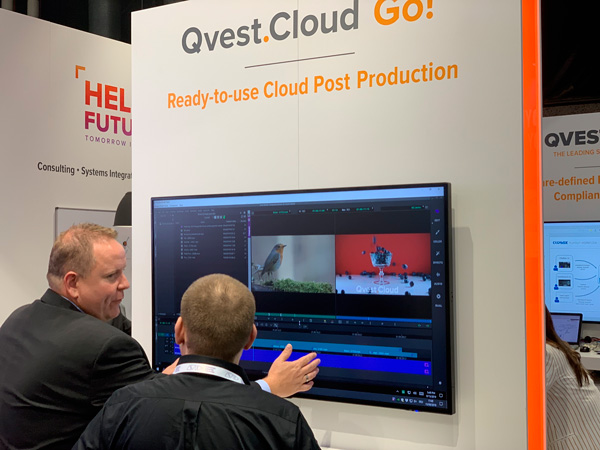