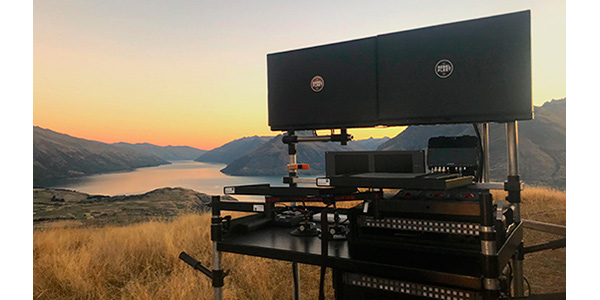 The Quantum StorNext storage solution of Quantum Corp. has been chosen by the digital workflow service provider for television and film production crews The Rebel Fleet.

The Quantum Xcellis workflow storage and QXS hybrid storage solution have allowed the film company to support real-time processes involving high-resolution content in the field.  Both systems were assembled along multiple Apple Mac Pro computers for ingesting data, calculating checksums, archiving to LTO tape and color grading. In collaboration with The Rebel Fleet’s partner Factorial, the company was able to scale the ingesting volume – doubling its size from 200 to 400 TB – without interrupting the filming schedule.

Michael Urban, founder and managing director at The Rebel Fleet, talks about the experience: “With the Quantum solution, we were able to crank out 150 frames of footage per second in three different formats while also supporting real-time color grading. Overall, this online environment delivered 6 GB per second of throughput. It was very impressive, and it helped us meet tight turnaround times”.