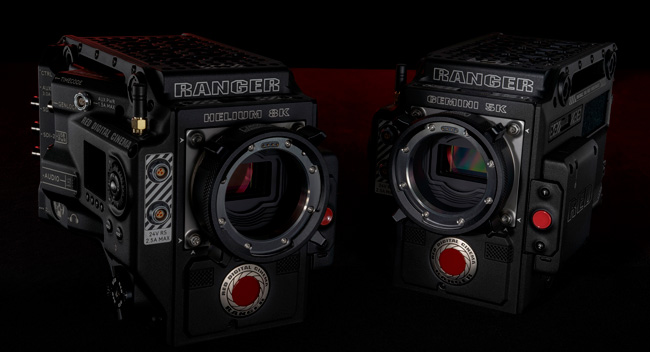 RED DIGITAL CINEMA® announced that its HELIUM® 8K S35 and GEMINI® 5K S35 sensors will be incorporated into the RED RANGER® camera ecosystem. The RANGER HELIUM 8K S35 and RANGER GEMINI 5K S35 is available now via RED’s global network of resellers, participating rental houses, and directly through RED. The cameras will be on display for the first time at IBC in the RED meeting room on the fourth floor of the Elicium at the RAI Amsterdam, from September 13-17. Designed to meet the needs of high-end productions, the RED Ranger Monstro 8K VV has been well received by cinematographers since its launch earlier this year, according to the press release. Nonetheless, it remains a rental house-only product.

As with all current RED cameras, the RANGER can simultaneously record REDCODE RAW plus Apple ProRes or AVID DNxHD or DNxHR at up to 300 MB/s write speeds. It also features RED’s end-to-end color management and post workflow with the enhanced image processing pipeline (IPP2).

All three sensor variants of the RED RANGER camera system include the same benefits of the compact, standardized camera body, weighing around 7.5 pounds (depending on battery). The system can also handle heavy-duty power sources to satisfy power-hungry configurations, and boasts a large fan for quiet, more efficient temperature management.

“In collaboration with rental houses to bring the RANGER MONSTRO to market, we have heard great feedback from customers, inspiring these two new variants,” said RED Digital Cinema President Jarred Land. “We’re excited to offer the Ranger line-up to a wider variety of professional productions and look forward to seeing the amazing images that are created.”