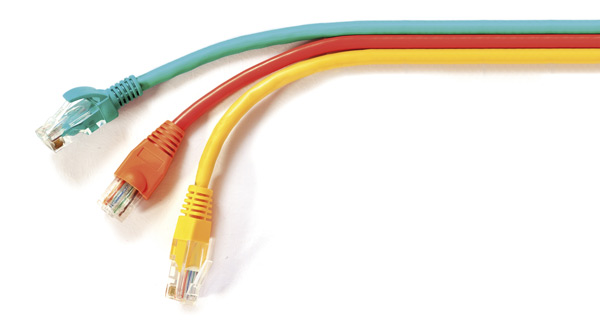 In this ever-changing industry, shifting more and faster with every day, one of the deepest issues to tackle is the means of transport of the signal. From the 90s, SDI has been the sole transportation method and has evolved, yet now transport natively over data networks, IP, is here to stay. Let’s delve deeper into where we have come from and where we are going with SDI and IP.

Originally, analogue video was created by bearing in mind the limitations presented by the era’s monitors. We are talking here about cathode ray tubes, CRT, operating in black and white, with a very slow refresh rate and which were based on an electrical network to be synchronised with the signal, whether this was 50 or 60 Hz. As this was originally a black and white display that adapted itself to show colours and not having a greater radio-electric space for itself, the system had to adapt to the existing transmission, which gave rise to chrominance components and colour deference. All of the foregoing conditioned by the existing limitations.

Further on, digitalisation came onto the scene, which meant a significant improvement in the transport of the signal and its quality. However, this continued to be based on the wave form of the analogue signal with which the same video signal was then digitalised, interlaced and limited to the response time of the former CRT monitors, with their colour components devised as based on the original limitations of the previous technology without updating it to the new techniques available. This approach allowed for the possibility of still broadcasting digital signals in the same space through which the analogue signals had been transported beforehand, though this offered few advantages and overlooked all the opportunities provided by digital technology beyond the intrinsic sturdiness and improvements in terms of quality. An interesting snippet, it can be said that digitalisation, at least in its SMPTE ST259 or ITU-R BT 601 standards, came into being in the nineties and even by the year 2003, there were still shared analogue systems and broadcasts…

And the HD burst in. From hereon in the shift to a more modern technology still based on the wave form of the analogue signal, introducing exclusively an improvement in terms of definition and progressive scanning. The assumption of the limitation of CRT monitors, completely removed from the world of high definition, and that of existing space, still form part of the original design of the HD signal, which, with the benefit of hindsight, does not appear to be wholly logical.

And, inevitably, the same happened with UHD. In real terms, both the video signal broadcast along with its capacity remain limited to the original design of the analogue signal. The only plus, with regard to the signal itself is that with UHD we finally leave behind interlaced scanning, as all existing monitors are progressive, and their response time is swift. This means a simplification, yet the same still entails a liner video signal with its old-fashioned wave form.

Furthermore, the inclusion of new techniques, such as HDR, High Dynamic Range, WCG, Wide Colour Gamut, and, HFR, High Frame Rate, means this situation must now be addressed, if it had not been required beforehand.

In tandem with the world of audio-visual telecommunications, the world of data telecommunications came into being, almost  concurrently. Computers increasingly began to take on centre stage in all industries, Internet was created and with it, the standards of information exchange between remote systems and technology, above all bandwidth, constantly improved to give us the digital universe we enjoy now on a daily basis. The detail involving bandwidth is particularly important in our case, as it is the main limitation that we face when exchanging audio-visual content via data networks.

But, what does IP technology mean for us?

It could be defined as a “a transport system for digital media that operates on conventional IP network standards. Perhaps saying this means not saying anything that takes us into new ground.

Diagram 1 corresponds to the ISO/OSI layer model that describes the different protocols implied in IP data communication. Video transport is based on layer 3, the network layer, with certain applications in the upper layers. It is outside the scope of this article to delve deeper into the description of the IP transport model, yet there are a multitude of articles published that deal with this topic in a highly enlightening and comprehensive manner. One of the standout features to be borne in mind is that data transport is based on packages, the opposite of what happens with linear and continuous video, although in digital, used beforehand on SDI, which means a conceptual shift. Furthermore, these packages may be lost and shuffled, meaning that methods must be implemented to correct these possible errors, something that has been overlooked before in our industry.

These concepts are easily understandable by any IT engineer, but perhaps not so familiar for audio-visual engineers used to grappling with signals. In the same manner, there are matters such as delay or synchrony which we all keep in mind and deem critical for our IT colleagues or those working with data networks do not consider as such. Let’s leave the topic of losses of data packages well alone.

That said, why consider IP as the transport method for our signals?

GLOBO - Are you read

Audio over IP and th