By Marcus Bergström, CEO, Vionlabs The rapid growth of streaming services like Netflix, Amazon Prime Video, and Disney+ means that consumers can access more on-demand content than ever before. Along with other challengers such as Apple TV+, Peacock, and HBO Max, the OTT streaming market is

Grass Valley has been selected by Corrivium, an Australian live event streaming expert, to provide its GV AMPP technology. The solution will support the streaming of virtual events, replacing an in-house system developed by the company. “During the last year, almost all physical events have moved

Red Bee adds boxing content to its platform with Fightzone

Red Bee has announced the addition of Fightzone to its OTT platform, to provide a worldwide streaming service for boxing content. The fans of this sport will enjoy plus than 50 live events per year, with the premier of the service on May 21st. The OTT

Dejero has worked with The Lovett School in Atlanta on a live streaming solution for the centre’s sports competitions. Due to the pandemic, public is not allowed in to these shows and the traditional broadcast system does not fit with the social distance standards. Therefore, Dejero

Extreme E and BeIN Sports has announced an agreement to stream the new rally competition across 24 countries in the Middle East & North Africa (MENA). The deal includes the live coverage of the races and highlights shows and post races magazine programme. Duncan Walkinshaw, Director

VITEC announced an integrated streaming solution designed to help houses of worship extend their reach across multiple campuses and foster a sense of community among church members who attend services at different sites. The solution, which bundles VITEC portable encoders and decoders with the Zixi™ 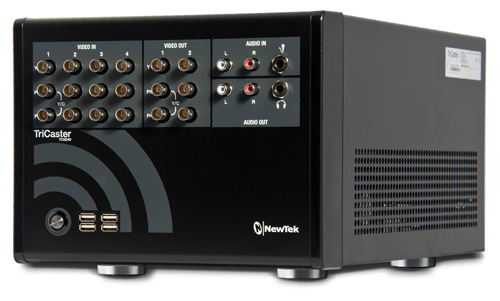