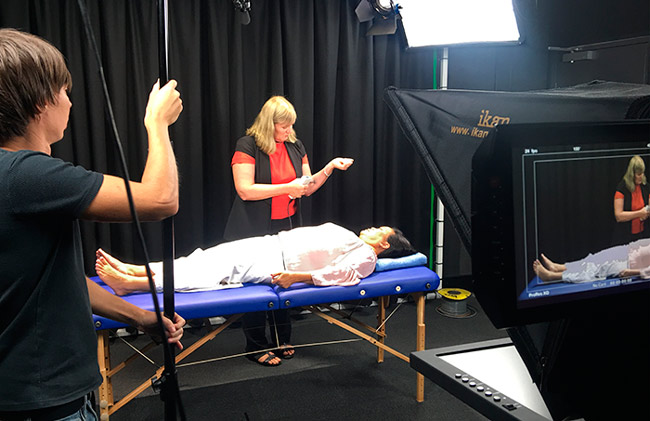 EditShare® XStream EFS 300 is the solution chosen by the Learning Media Team at The University of Sydney (Sydney Uni) to help them produce high quality video content in 4K.

Tom Cavdarovski, Team Lead Research and Learning Media Production at the University of Sydney, explains what the needs of the public organization were: “Our team of five produce educational videos for both international and on-campus students, and the Learning Media Team has grown rapidly over the last three years in order to meet the growing demand for quality video content in 4K. Our legacy direct attach storage (DAS) system was not designed to work in a multi-project environment, so we turned to Digistor to help us find a central media solution which would streamline our production workflow and integrate with existing University systems.”

Digistor, EditShare official dealer in Australia, was the company who recommended Sydney Uni the software they finally chose. Cavdarovski speaks: “Based on Digistor’s recommendation we chose the EditShare XStream EFS 300 Node 96TB system. This included 82TB of usable storage, a 10GB Ethernet RJ45 switch and 10 licenses of Flow media asset management. The EditShare XStream was an ideal solution as we were after a relatively small and simple set up with minimum administrative overhead. It also easily integrated with our existing IT systems ensuring the new server was secure and robust. We have both a Mac and Windows environment and connect our seven client machines via a Thunderbolt converter and cat 6A cables, so the new EditShare XStream system had to be able to work seamlessly within this environment, which it did.”

The University of Sydney shoots with Blakcmagic URSA and Studio cameras, Sony FS7, Panasonic GH4 and 5 DSLR, OSMO and Mavic drone cameras. The main input of the team consist of 4K video and podcast audio files, although the delivery output is 1080p and includes web-based plataforms such as Youtube, Coursera or Arc. According to Cavdarovski, the XStream EFS 300 was the solution they were looking for: “EditShare represented a robust system that didn’t need a full-time onsite technician to run the server – this was important to us as we needed a solution that was relatively low cost. The XStream model also had the speed and throughput to ensure the editors could scrub through 4K files without any significant lag or compromise in quality. As a result, we can now easily adjust to proxies if we need to, but generally we can use it at 4K preview quality for the early phases of editing.”