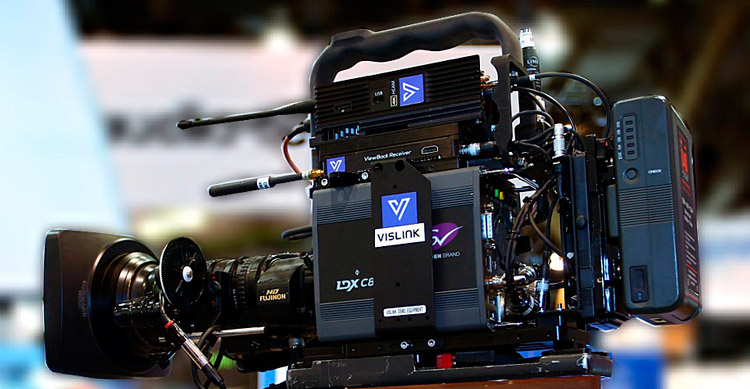 Less than one frame of latency when working with a 4K system: according to Vislink Technologies, that is the biggest benefit of its new HCAM-ULRX camera system.

The solution is compatible with broadcast, ENG and other pro-cameras. It can be controlled via Wi-Fi / Bluetooth through a dedicated Android and iOS app and integrates camera control with Vislink FocalPoint compatibility and direct-docking V-Lock and Anton/Bauer® battery plates with power feed through. The Vislink HCAM also supports plug-in frequency agile RF modules.

“As the first company to launch single-frame, end-to-end latency in 4K, our customers have been able to create more immersive and high-impact live programming for viewers,” said John Payne, President and COO of Vislink Technologies. “For event producers, the growth in UHD and HDR programming, paired with Vislink’s single-frame latency wireless camera solution, provides greater creative freedom. They can now seamlessly cut between wired and wireless UHD resolution cameras at will for continuity throughout the broadcast.”