Audi has recently announced two new vehicles. Both are all-electrical and they are the Q4 e-tron and the Q4 Sportback e-tron. The important detail related with broadcast is the fact that this announcement was a real digital world premiere. This premiere was a complex production with a total of 45 live streams, each one in three languages, routed to media in 28 different countries.

Audi built a live broadcast centre in Munich’s Eisbach Studios and from there they produced all the live content related. The technical agency was Berlin-based NIYU.engineering (macomNIYU), with technical services provided by Hannover-based AVE Audio Visual Equipment Verhengsten GmbH & Co.

Separate control rooms were created for the different parts of the production, with a team of production managers ensuring the complex logistics were managed smoothly. This task included ensuring that that the correct streams, in the correct language, were routed to the correct live portals at all times. Yamaha MSP3 and MSP5 powered studio monitors were installed in the control rooms to monitor all content. 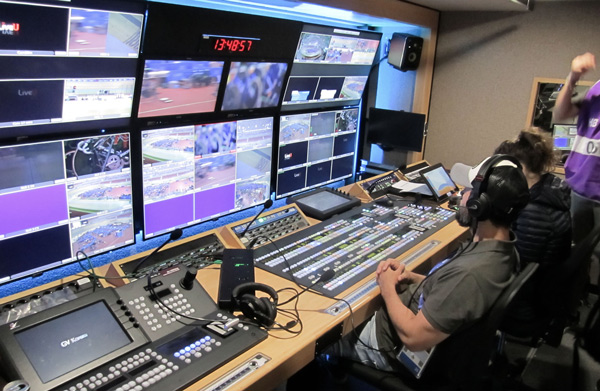